How Cognitive Computing is Revolutionizing the World of Sports

What is Cognitive Computing?

Cognitive computing is the simulation of human thought processes in a computerized model, or an attempt to make computers mimic the way human brains work. Cognitive computing platforms help create automated IT systems capable of solving problems on its own, without human assistance.

Cognitive computing epitomizes a shift from programmed-systems to systems that learn and understand. Apps using cognitive computing technology feature self-learning algorithms. It makes use of techniques such as data mining, natural language processing, and pattern recognition, to acquire knowledge from the data it mines or is fed into it. The system looks for patterns and refines itself as it encounters more and more new data.

Cognitive Computing is a disruptive technology, with major transformational impact. It has the potential to take enterprises much further than what traditional business intelligence and analytics solutions take them, manifested in several real-life use cases already widespread now. 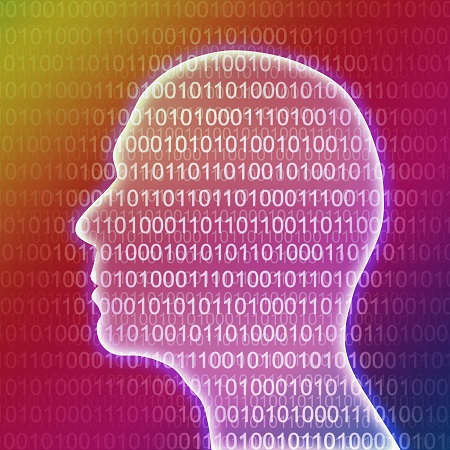 The range of insights offered by cognitive applications extends far beyond what a traditional analytical tool provides. The process of continuous improvement and refinement makes cognitive application systems capable of anticipating new problems and modeling possible real-life solutions.The tips and recommendations get better with time, as more and more data enters its range.

Cognitive computing is already in widespread use in several artificial intelligence applications, such as robotics, virtual reality solutions, and more. Among the various sectors where the adoption is already widespread, a key area where results are already obvious is in healthcare, fitness, marketing, and sports technology.

“Coach Watson” to Set the Stage on Fire

Cognitive computing is all set to unleash big disruptions in sports technology, and change the way athletes and other stakeholders approach major sports tournaments. Leading the disruption is IBM Watson. 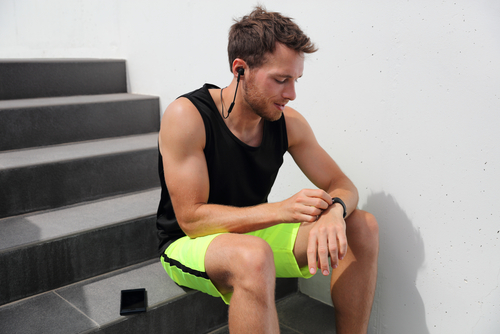 The versatile IBM Watson is donning a new hat, of coaching elite runners in America’s top running clubs. While there are several apps already leveraging big data to offer valuable insights and optimize an athlete’s performance, “Coach Watson” goes beyond. As it is with any typical cognitive computing application, Coach Watson pulls in data from a wide gamut of sources, analyze such information in real-time, identify trends, and deliver actionable tips to athletes, in natural language.

The following are some sources from which IBM Watson gets inputs, on the basis of which it conducts its analytics:

The insights generated by cognitive computing apps such as Watson facilitate drawing up highly customized training programs and optimizing schedules. For instance, a Cognitive computing powered app draws in data from the wearable devices, compares it to optimal body parameters, and indicate how much harder or longer to carry on with a workout, whether to lower the intensity of the workout, take a few days off to recover on encountering fatigue, how to optimize sleep schedules around travel, and several other rich insights. Such insights, hitherto not easily discernable with any authority, ensure each athlete remains in a zone of peak performance on the day of a competition and could make all the difference between a medal and an “also-ran.”

At another pane, Coach Watson works to preempt injuries, which can severely disrupt or even end an athlete’s career. For instance, continuous monitoring of biomarker data could make evident iron deficiency in the blood, offering early warning signs of an upcoming injury, weeks in advance.

Cognitive applications are in the throes of revolutionizing sports technology. Many Watson powered cognitive solutions have already hit the market, to empower coaches, trainers, players, managers, and other stakeholders in a big way.

The Triax Smart Impact Monitor (SIM), a wearable sensor embedded in headbands or skullcaps track the force and frequency of head impacts, offering proactive assistance to mitigate the situation. The device factors in diverse data sources to offer sound advice on the best course of action.

The cognitive app powering Spare 5’s Watson Golf Pro is akin to a highly resourceful personal caddy. The app accumulates a corpus of knowledge on mechanics and drills, gathered from contracted golf professionals. Amateur golfers may consult the app in natural language, and gain crucial insights related to the course, such as wind velocity, the best shots to play, and more. Seeing a golfer’s swing, the app provides feedback for improving that swing.

There is a big element of subjectivity in sports selection and management. Cognitive apps can offer greater insights which allow selectors, coaches, managers and other decision-makers to make informed decisions, and support their gut instincts with hard data.

For instance, cognitive computing apps can read and interpret all the press conferences made by players over the years, offering insights to selectors and managers on the mindset of the player, as in whether the player is becoming more positive, more optimistic, and other innate characteristics traits. Likewise, coaches get detailed and in-depth information about the player’s physical and mental faculties, and how they react to specific situations, allowing them to take proactive actions to manage the player well.

Cognitive apps have the capability to analyze unstructured data, meaning it can make an in-depth analysis of videos and footage of the athlete’s performance, and give real actionable recommendations. This is a big improvement from coaches and training staff watching videos, and generating pointers, manually, based on their gut instincts, and with a high degree of subjectivity and assumptions.

Cognitive applications work wonders not only for athletes and the business side of sports but also for fans. A good case in point is 113 Industries “Pi” service, which has been put to good use by Pittsburgh Penguins, the famous hockey team, to analyze the huge volumes of fan-based data. The club uses such insights to develop specialized offers and services for fans, relating to concessional merchandise, pre and post game entertainment at the CONSOL Energy Center, and more. 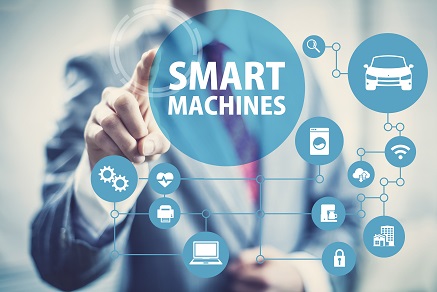 Cognitive apps could likewise guide fans proactively, such as making explicit the train to catch to reach the stadium on time, factoring in traffic, fares, preferences, and other innate traits which the fan had to consider manually before. Cognitive apps would also guide the fan to the best parking space, without having to drive around in circles. Once inside, a cognitive app could guide the fan to the toilet with the least wait time. All these are possible in natural language.

The application of cognitive computing to enhance sports technology can deliver rich rewards across the board for all stakeholders, players, tournament organizers, coaches, spectators, fans, television broadcasters, and everyone else. However, as always, the devil lies in the details. Success depends on designing the apps right, with clarity on the objectives, and the development task done by competent and resourceful professionals who know what they are doing.