A major decision to take upfront when developing an iOS application is the choice of programming language. Among the options available, Swift, Apple’s new multi-paradigm, compiled language, is fast gaining traction as the preferred one, posing a serious challenge to the dominance of Objective-C.

Get the Best of Both Worlds

The tremendous popularity of Swift may seem misplaced, considering the language was introduced only in October 2014 and hasn’t had the time to mature fully. However, many developers prefer Swift exactly for such nascence, taking it a challenge to discover new features and review the finer details, before others get there first.

In any case, the brains behind the Swift project have a combined experience of several years in developing earlier languages. Swift benefits from such experience, sparing itself a lengthy trial-and-error and learning curve maturity cycle. Swift gets the best of worlds, packing in excellent features minus the pitfalls or drawbacks associated with earlier languages. 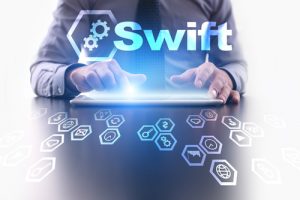 Swift is a step closer to unify writing of build scripts. Swift draws its syntax from incumbents such as C, Objective-C, and Ruby. It uses the run time employed by Objective-C, allowing Swift code to run together with C, Objective-C, and Objective-C++ code, in a single program. In fact, many developers now combine Swift 3 interfaces with Objective-C APIs to pack in maximum power to their apps.

Swift harnesses the power of simplicity, offering a simple code, with concise syntax.

Swift reduces the code length significantly, making it not just easier to learn and write the code, but also saving all-important time. For example, Objective-C has two files for the class definition, forcing changes in two places to define a method. Swift, in contrast, has just one file. Writing code in Swift takes just about half the time required to write the code in other languages, on average.  Re-writing Lyft, a popular iOS app resulted in the code reducing from 75,000 lines in Objective-C to just 25,000 lines in Swift, without influencing the performance of the app in any way. 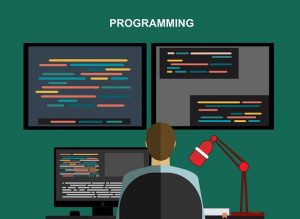 The simplicity of the code in no way compromises the power or features. Apple developers claim Swift as “the first industrial-quality systems programming language that is as expressive and enjoyable as a scripting language.”

Swift also adds fun to the development process. For instance, developers can add emojis to the code! 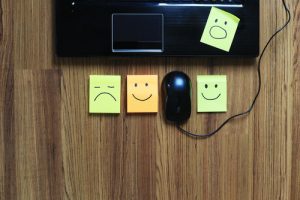 The power-packed Swift code is very fast as well. Swift 2.0 beats C++ in Mandelbrot algorithm and other competition algorithms. It is significantly quicker than the legacy C API saddled Objective-C.

Gain from an Interactive and Collaborative Effort

Swift’s “interactive playground” allow developers a sneak peek at the results of a piece of code. The preview appears as soon as they type it. This feature, apart from making the developer’s life easier, also boosts innovation. For example, developers can exploit some clever tricks using functional elements, such as ‘map’ and ‘filter.’

One big decision that allowed Swift to gain considerable traction is its open source model. Though Swift still has a relatively smaller user community, the community is growing fast, and even big IT companies are now switching from Objective-C to Swift for major projects platforms.

The selection of a suitable language can impact the success of a project in a big way. Swift has lowered entry level barriers to iOS app programming, empowering even average programmers to develop iPhone applications quickly. However, the success of the app still depends on a robust design and architecture, talented developers who are abreast with the latest developments and know how to leverage it, and the ability to exploit the several innovative possibilities that the program offers. Partner with us for your iOS app development process to use the full potential of this innovative new platform.