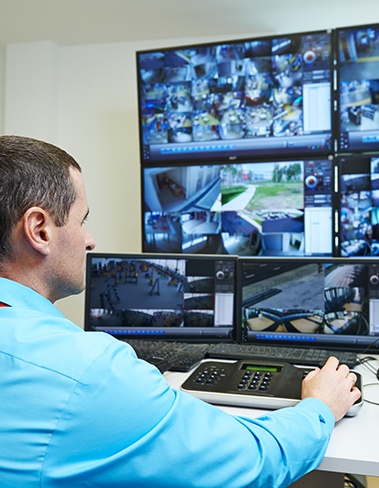 Which Is The Right Technology Choice While Developing A Client Mobile App?

In this digital era where mobile applications are omnipresent for every single requirement, and with the wide adoption of smartphones, more than 5.6 million mobile-specific software applications are available for download via the marketplaces, Google’s Play store, Apple’s App store and Microsoft’s store. Knowledge of niche technology is crucial for an enhanced mobile app development capability. Businesses require robust and efficient mobile applications. For this, they prefer cross-platform mobile app development to leverage all essential features.

When it comes to mobile app development frameworks, React Native and Flutter are those that compete with each other at the technological forefront, to prove their worth. React Native was introduced by Facebook and Flutter is Google’s new fledgling.

Now, to gauge the current pros and cons of both, it is essential to deeply know the important features of the host of cross-platform mobile application development today – Flutter for hybrid application development and React Native for native. To know more about features based on critical factors, adoption, the popularity of these platforms, and other critical aspects, let’s get started!

Related Reading: Read along our Whitepaper to know how to choose the right mobile app development approach for your business.

Flutter is a cross-platform framework used for mobile application development. It uses Dart language and is reactive, that is, it solves the problem of responding to incoming asynchronous data. It supports the ‘Hot Reload’ feature where your mobile application can be rerun that accelerates development. Visual Studio Code, Android Studio and IntelliJ Idea are current official supporters of Flutter.

React Native is no newbie in mobile application development and is considered as the king of cross-platform mobile application development. It is built on the React library and uses Javascript data flow is unidirectional and makes the components stateless by managing all incoming data at one single place. This javascript framework works on a single code base for iOS and Android applications. Airbnb, Instagram, and Facebook are key users.

Key Point: React Native adopts Javascript, which is easy to learn and adapt. On the other hand, since Dart has lesser adoption among the developer community, React Native is definitely the winner here.

Flutter being a newbie makes everyone confused about implementing it for their mobile application development. With more than 1450 packages available on Flutter, it seems to pick up more momentum. The main architecture of Flutter is the Business Logic Component or BLoC. The Dart framework that is adopted by Flutter makes use of Skia C++ engine that includes all protocols, and contents.

React Native is no beginner and the main architecture patterns being Flux, by Facebook and Redux, the option most preferred by the user community.

Key Point: React Native relies on Javascript bridge to connect with the native modules, whereas on the other hand, Flutter that uses the Dart framework, has most of its components in-built and so does not always require a bridge for communication with its native modules.

Flutter has widgets as building blocks which are ready-to-use widgets, but since these are not adaptive in nature, the difficulty lies in the need to make its adaptation manual. These widgets propose a material design, prompting you with the need to make changes manually.

React Native, on the other hand, provides a library of web components for development. Development with React Native is pretty simple as it the create-react-native-package that needs to be installed has a provision for Expo Integration. This means that the code can be run on your device as simple as just having to scan a QR code that appears on the screen.

Key Point: React Native allows you to write code once and components will have to be loaded depending on the OS. So first the decision to be made is whether your requirement is for an app that has to look the same on both operating systems or take the advantage of individual features of each OS.

Flutter, being fully compiled by the arm C/C++ library, Flutter has got a good performance though there are many factors involved.

React Native, on the other hand, is not compiled by C/C++. React Native performs much faster and better than other hybrid applications such as Cordova.

Key Point: The major difference is in how Flutter and React Native compile their code. Flutter can be considered less complex as it compiles Dart to C/C++ library, which tends to communicate faster by native code rather than having to bridge with Javascript. However, React Native is a more mature app development framework as it uses Javascript to handle Android, iOS and also web applications, making it a better choice especially for smaller mobile application development.  Though in React Native, developers face problems with hybrid app development, in case of native apps, seamless and reliable performance is offered.

5. Level Of Ease To Start Learning

The documentation of Flutter is pretty good and helpful, but it is difficult to start learning, which is pretty obvious if you are a beginner into development and Google tells you so when you ask it how to Learn Flutter.

React Native, on the other hand, is much easier to pick up and is a piece of cake for developers, especially for those who have their hands on React or Javascript beforehand.

Flutter clientele support is not as much as that is available for React Native. The team for Flutter is present at the rate of over 30k stars on Github, over 740 users of a Google Group, 4.5k users on subreddit and of course on Stack Overflow.

React Native, on the other hand, is backed by the huge community support of over 9000 users, 68k stars on Github, 14.5k users on subreddit and even has more third-party plug-ins and libraries than Flutter.

Related Reading: Can adding speaking and listening abilities to your mobile app pull in more customers?

In a nutshell, React Native is more stable for mobile app development than Flutter as it showcases its page of apps that enjoy the support of a very large clientele and Flutter is still new in the technological forefront. Also, considering the aspect of a mobile application that interfaces with banks or large enterprises as such, Native stands in the front row.

Also, Security poses a critical factor as hybrid applications can access all features from the device’s hardware layer such as camera, GPS, microphone, etc.

Native applications are up-to-date in terms of platform changes, whereas hybrid apps have a sense of uncertainty. Also business would consider the resale value as a key factor as it is important that a potential buyer gets the feeling that the platform adopted for his mobile app is future-proof and will not require frequent re-coding.

As for all these reasons, React Native is considered a more viable option and is highly recommended for cross-platform mobile application development than Flutter. To know which mobile app development approach suits your business, get in touch with our tech experts today!

The mobile ecosystem is hopelessly fragmented, with a multitude of devices, powered by divergent flavors of multiple operating systems. Developing native platform specific apps in such a state of affairs is akin to battling against desert sand. Cross-platform development would seem as the obvious choice in such a state of affairs. Many developers simply embrace cross-platform development instead. Gartner estimates about 50% of apps are now hybrid.

The obvious benefit of cross-platform mobile application development is reduced costs. Developers spend their time and resources only once, rather than reinvent the wheel for each platform. The savings that emerge when only one instance of the software has to be maintained, on a periodic basis, offers even greater savings. Updates sync automatically to all platforms. Code re-usability and enhanced cloud-based deployments contribute to reduced costs in a big way as well. Such benefits are invaluable in a highly competitive environment where businesses are looking to cut costs and improve process efficiency in a big way.

Cross-platform development infuses consistency to the app, cutting across platforms and devices. A uniform look and feel go a long way in reinforcing the brand image and improving retention rates.

A unified code base enables rapid deployment or faster time to market. This is critical in today’s fast-paced business environment, where apps generally have a short shelf life, and changes in technology make apps obsolete by the day. It especially alleviates the issue of developers cutting corners with testing, for want of time.

HTML5 held promise as the harbinger of a cross-platform world. However, it has lost its luster in the last couple of years as it strived to forge a middle ground and ended up being neither here nor there. One of the biggest stumbling blocks of HTML5 was its inability to trump the distinct UIs of Android and Apple phones. Newer tools such as Appcelerator, PhoneGap, and others resolve such imbroglio by offering several modules and extensions that bridge the gap between platforms, and also offer unique functionality not available elsewhere. Management systems such as parallels.com enable development teams to overcome common development issues, cutting across location.

The following are some of the new tools that give cross platform mobile application development a boost:

These tools make creating apps very easy, and within the realms of even a novice, a big development from a few years ago when mobile app development required extensive coding, possible only though seasoned developers. The ease of development facilitated by these tools further plays into making cross platform mobile application development the preferred option.

A hybrid cross-platform app leverages the power of simplicity. However, the advantages realize only when development is done the right way. For instance, extensive customization may fritter away the gains from having only a code-base. In fact, faulty implementation that fritter away the advantages is the big reason why cross-platform development has not become the established norm yet.  An experienced partner helps you gain the full benefits of cross-platform application development, keeping pitfalls at bay. Get in touch with us now to leverage the expertise of our talented team, and the wealth of experience we have accumulated over several cutting edge projects.