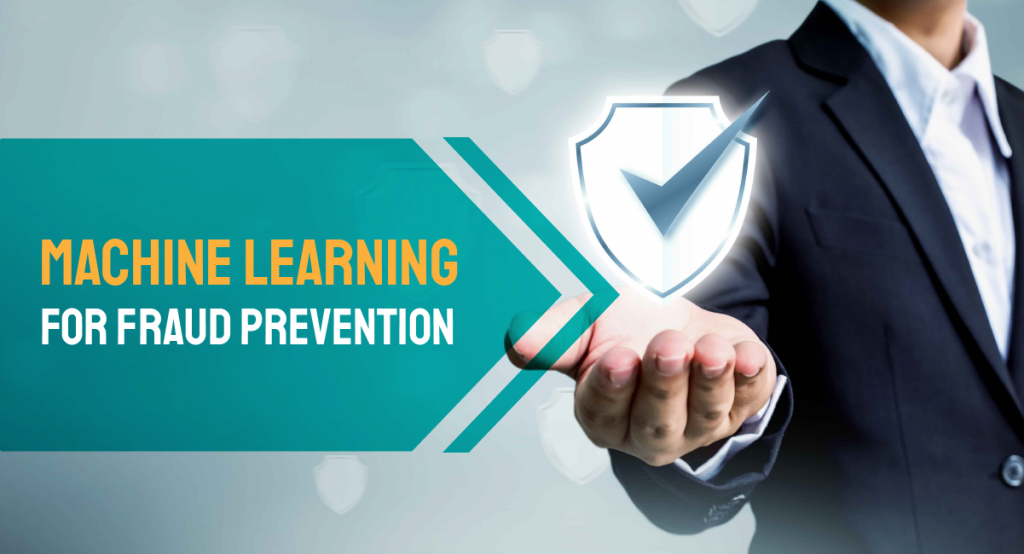 There is nothing more fearful than imbalanced data, especially when dealing with various payment channels like credit and debit cards in banks and other financial organizations. With the wide increase of different payment mediums, businesses are finding it difficult to authenticate transactions. But Machine Learning has been a viable solution to detect fraudsters.

Machine Learning can be referred to as the ability of machines to learn data with the help of human intelligence as well. According to the latest report by Gartner, by 2022, more than nearly half the data and analytics services/ tasks will be done by machines.

If a business is able to predict which transactions can lead to fraudster attacks, then the business can considerably lower costs and make critical decisions. While sending sensitive data to a third-party, it is important that the data is not misused for fraudulent activities. This can be done as follows:

Machine learning models can be compared to data analysts who run numerous queries on large volumes of data and try finding out the best from the derived outcomes. Machine Learning makes the whole process fast and accurate.

There always exists large amounts of data. Machines are trained using these data sets that are pre-labeled as frauds. These labels are based on earlier records of confirmed fraudulent activities.

The machines are then trained using this labeled set of data. These data sets are now called as training sets. By a named label, the machine is taught to determine if a new transaction or a particular customer is likely to be a fraudster based on a score of 0 to 100, being the probability.

This score enhances the ability of a business to ensure a considerable reduction in frauds by providing accurate predictions.

Related Reading: Check on to this Infographic to learn more about Machine Learning.

Designing as well as being able to apply algorithms that are on the basis of data sets from the past, enables to analyze frequent patterns in these data sets. These patterns in data via the algorithm are taught to machines and these machines considerably reduce human effort.

These algorithms help businesses boost predictive analysis. Predictive analysis is important for data reduction by using statistical modeling techniques that help in predicting future business outcomes on the basis of past data patterns. In fact, among many businesses, 75 percent of them find growth to be their main source of value, whereas 60 percent of some others believe that it is nothing else but predictive analytics that is the key to deriving value!

Machine learning algorithms are not only used in predictive analytics, but also in image recognition, detecting spam, and so on. Machine Learning can be trained by a 3 phase system.

So to be able to predict an occurrence of fraud in large volumes of data sets and transactions, cognitive technologies of computing are applied to raw and unprocessed data.

How Fraudsters Are Detected And Prevented By Using Machine Learning

Data sets are initially collected and partitioned. The machine learning model is taught the sets in order to predict data fraud. The following are the steps in which Machine Learning implements and performs fraud detection:

In a nutshell, Machine Learning is proving to be the right technology in detecting and preventing fraudsters from malicious activities. If banks start using machine learning systems, it could analyze unstructured data and prevent customer’s accounts from fraudulent activities. To know more about how you can empower machine learning and other technology trends to secure data, get in touch with our IT experts today!

“Vinod has conceptualized and delivered niche mobility products that cater to various domains including logistics, media & non-profits. He leads, mentors & coaches a team of Project Coordinators & Analysts at Fingent.”

By now, we all know that we are living in the midst of billions of devices and machines that are connected to the internet and to each other. Need more evidence to believe it?

Well, Gartner predicts the number of internet connected devices and things to grow to almost 21 billion by 2020. IoT is in fact, huge and growing.
We humans are literally on the verge of being outnumbered by connected devices in the coming years. Now, I bet we didn’t see this coming when we first started using smartphones!

And get this, each of these devices, whether they are smart or wicked smart or even not so smart, are constantly collecting data through various sensors around them. In fact, a lot of our personal information is being accessed by our smartphones alone for crying out loud!

Is it almost time to start fearing the appalling situation of “Technological Singularity”?

Are we all going to get phased out by the intelligent machines one day?

We will have to let time answer that question, although we do have a hold over it through security measures.

Security and privacy are two of the most questionable aspects of IoT. Especially, now that the number of devices, as well as the amount of data are increasing rapidly, it becomes all the more difficult to monitor its use.

Connected everything – is it a boon or a bane?

When you take consumer devices like smartphones, think of the data it collects from your applications. It takes note of everything we do with our phones, wherever we go, including things like what we eat, what mode of travel we use, which route we choose, who we communicate with, what pictures we take and so on.

When it comes to fitness and health care, we have wearables and other smart devices that monitor our heart rate, our sleep time, our exercise routines and the like.

Likewise, we have sensors sending and receiving information on a number of devices we use on a daily basis. Combining all this information, along with analytics in the cloud, the value and amount of information that can be collected about our health and lifestyle is massive. The issue here is that, the level of technology has grown so much that, it surpasses the ability of law to control and protect how this data might be used. And needless to say, the endless number of devices being used, the amount of data generated and the applications that use the data, together make it worse. It is pretty hard to ensure security on such a wide scale.

Delving a little deeper into wearables, a study in 2015 showed that around 41,000 patents were granted from 2010 to 2015 for wearable technologies. This only shows the pace at which wearables are advancing.They are seen more as a means to overcome some of the common issues of the modern society, and encourage people to move more. They help us in leading healthier lifestyles by tracking our sleep patterns, monitoring temperature, heart rate, glucose levels and the like.

For example, the Microsoft Band, makes use of galvanic skin response sensors, just like the ones used in lie detectors to track your activity levels, heart rate and more.
CES (Consumer Electronics Show) this year saw the first ever Bluetooth connected pregnancy test along with its app.
What we earlier thought to be science fiction, is a reality now.

In healthcare, though, we do have the HIPAA (Health Insurance Portability and Accountability Act of 1996) rules and regulations to monitor and control the sharing of health information. They are pretty strict as well. Devices like Fitbit are majorly being discussed around the world, on whether or not they violate the HIPAA rules. So, we do seem to have a certain safety element around health wearables.

According to a paper published by the Federal Trade Commission (FTC) on Consumer Data Privacy and the IoT, out of many issues that could affect data privacy, there are four basic ones that need our constant attention, namely security, data minimization, choice, and notice.

Data minimization is the practice of limiting the amount of data collected from various devices, to only what’s necessary for the application, and deleting any old information as well, all for privacy purposes. The paper mentioned that such data minimization affected innovation, as even though collecting extra information may not seem to be useful at present, it may help future applications and functions, and restricting such possibilities affects the chances of better, improved applications for the consumers.

Notice and choice refer to the information given to the consumers about the amount and kind of data they are going to be sharing, and the option for them to opt in and opt out.

How many times have you seen an application asking for access to your smart phone’s camera, contacts, location and the like?
Even an app that doesn’t seemingly need to read your contacts, like a fitness app, prompts you for such information. Sometimes these permissions are hidden in clickthrough approvals of end user agreements necessary for the app to function or to activate a device or an app.
And many other apps claim to use “bank grade security” and “encryption” as protection measures for your data, but seldom do people know even the meaning of those terms.

Hence, the bottom line remains, that security and privacy are indeed two important aspects of IoT and data collection. But a lack of standards, and rules to ensure adherence to the same makes it an ever growing concern in the IoT era.

What are your thoughts on security and sharing of data across devices? Let us know in the comments below.