Top 10 Exciting Features in Windows 10 for Users and Developers 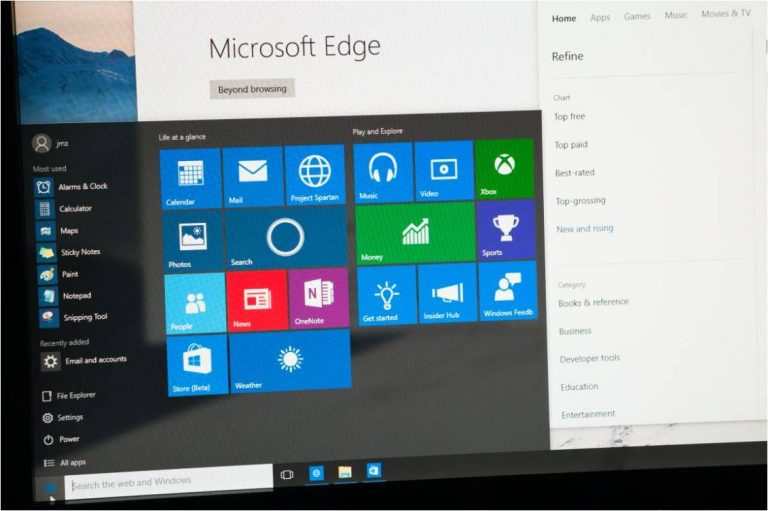 It’s finally here! The much awaited Windows 10! Loaded with features, it provides users with a number of unique benefits that no other Operating system has provided till date. It more than makes up for the slight imperfections or inconveniences that Windows 8 and 8.1 had, and brings a load of surprises with it.
Windows 10 combines the features of the last two versions of Windows. For example, the traditional start menu that we always knew and loved is back but it still has the Live Tiles that were introduced in Windows 8, which is one of the most striking changes in Windows this time. There are a whole bunch of other changes too which are listed below.

As mentioned before, the start menu is a refreshing yet familiar change. For those of you who want the live tiles to fill up the screen, you can adjust the menu by simply dragging the corners of the menu. For those of you who want and missed the corner menu as in Windows 7, like me, you can have it that way too. It will still have the live tiles for apps, but only on pressing the menu button.

Cortana, the digital assistant can be much more helpful than before and is perhaps even better than other such digital assistants. “Hey Cortana” is the command, and is all that is required to launch your assistant. It can do much more than answer regular queries and providing news and weather updates. It goes a mile further into being your personal assistant and I mean quite literally. It can track your couriers or parcels that were sent to your email, it can tell you new food recipes or give you nutritional information and diets, it can monitor or track flights or any other kind of travel, it can even sing songs to you or tell you jokes. Based on location, it can set or modify alarms and reminders or even appointments, like when you reach home or when you are at work etc.
A lot of these are things that regular digital assistants may not do and in that sense, I would say Cortana is already ahead of its counterparts. Again, for those of you who want your privacy, you have the option of “Managing what Cortana knows about me in the cloud”. You can also feed in information directly to Cortana through its notebook feature. This time, Windows has made it a point to extend the services of Cortana over the apps and other settings of the device as well, making it the best ever digital assistant. Although, it has been found that Cortana works well only in China, Germany, France, Spain, United Kingdom, Italy and the United States. It seems to have issues in other countries like India. It is available in languages like English (U.K), English (U.S), Chinese, German, Spanish and French.

The all new super fast web browser Edge gives you a convenient and personal browsing experience. It lets you write notes or draw directly on web pages and share them with others as well. It also lets you read stuff online without any distractions with its Reading View, that eliminates all unnecessary content from the web page. Such content streamlining lets you peacefully read what you actually want It lets saving web pages for reading later on. What is more, Cortana is always available to help you with instant search results as well.
Windows Hello

Remember how annoying it is when you have to type in your password or draw in your unlock pattern each time you want to unlock your device? Yea, that can be done away for good with the new Windows Hello feature. This biometric authentication grants access to the device on recognizing your face or fingerprint. Simply put, it grants access without asking password, if it recognizes you!. It uses a whole set of hardware and software components to carry out this feature accurately. You can use it to access all your Windows 10 devices as well. It gives you more security and personalization and even greets you with a ‘hello’.

As they say “the best screen is always the one you are on”, it best describes this new feature. It basically lets you use your device in whichever way you want or you may find convenient. On the screen features like the taskbar, menu bars etc. can adapt themselves for easy navigation. So can most of the apps that are specifically designed for such smooth scalability when the mode of use is switched. They are all made to look just as good when they are on the smallest of screens or the biggest. All of these is particularly useful with the new Surface range of devices exclusively designed by and for Windows.

A word about Surface

Surface is a range of devices that includes laptops, tablets and interactive whiteboards. The tablets division consists of two product lines, the Surface, which is designed for educational purposes and budget conscious users and the Surface Pro, which is designed for professional and business purposes. There is also the Surface Hub which is an interactive whiteboard which allows you to make notes and share them too. These devices come with separate docking stations so that you can use them as tablets or computers or as extended displays with additional USB ports and audio sockets etc. They also have the Surface Pen using which you can make notes just like you would on a whiteboard.

HoloLens is a first of its kind holographic computer. It literally gives you a whole new holographic experience, by enabling high-definition holograms come into your world as a part of your physical places and things. It allows seamless integration of real world objects and spaces with the high-definition holograms which create a mixed reality experience. It provides you with new and exciting ways to be creative and communicate and even work. A simple glance is all it takes to navigate, hand gestures are all it takes to create and shape holograms and you can use your voice to communicate with apps. This way, HoloLens allows you to interact and work in the most natural way and yet giving you an out of this world experience.

ON THE DEVELOPMENT SIDE

When it comes to the changes in the development aspect these are the major tweaks:

With Windows 8 came the Windows RunTime (WinRT), which was developed as a common application architecture. When Windows 8.1 was introduced, the WinRT was aligned between Windows 8.1 and Windows, which helped developers to create Universal apps for Windows 8. It meant that they could create apps compatible with Windows as well as Windows 8 phones using the same code base. Even then the APIs that they used were different.

Now, with Windows 10, the Universal Windows Platform (UWP) is introduced which provides a common app platform for every device that runs on Windows 10. With UWP, the apps that are developed can make use of the WinRT APIs which is common to all devices, as well as APIs that are specific to the device that the app is on like .NET APIs and Win32 APIs. This basically means that a single app can be made to run in a whole range of devices that use Windows 10. The app is also made available through the Windows App store, so that it can be downloaded and installed in any device just like before. With a single set of code, Universal apps can work with any device using different kinds of APIs.

With the introduction of Windows 10, Windows has made it available to be installed on a whole set of devices like computers, single board computers, touchscreens etc.For example:

Raspberry pi – It is a low cost single board computer, that can be plugged into a television or a computer monitor, but uses a keyboard and mouse as well. Windows 10 can be installed on this and it runs using the Windows 10 IoT core.
Intel Edison – It is a tiny computer about the size of an SD card that was used as a development system for wearable devices. Introduced by Intel in 2014, it is capable of running Windows 10 now.
MinnowBoard Max – It is again a low cost open hardware used by professionals as well as developers. It now supports Windows 10 as well.

Project Astoria, sometimes also referred to as “Project A”, is a new Universal Windows Platform Bridge toolkit that can be used to build apps for Windows Phones. The highlight here is that it enables you to build apps by reusing the Android code. That way you only need to make a few changes to the code. It also allows you use the Microsoft Interoperability library in order to incorporate Microsoft services into your app with minimal effort. You get to do the testing and debugging of your app through an IDE of your choice as well. What’s more, you can distribute your app through the Windows App Store and get paid through it too.

Visual Studio 2015 is a pretty rich Integrated Development Environment (IDE), that can be used for creating awesome applications for Windows, iOS as well as Android platforms. It works well with modern web applications and cloud services as well. It provides all the necessary tools and services for developing applications of any size and complexity. It has features like sprint planning, advanced debugging and profiling and also testing (manual as well as automated). It comes as a free extensible tool for non enterprise applications development, called Visual Studio Community. It comes at a reasonable cost for professional and enterprise application developers (Visual Studio Professional and Enterprise).

Another major change in Windows 10 is with Metro apps, where the app windows can be docked. Earlier, the windows for metro apps could not be docked, they could only be minimized. Now, they can be docked and you can view 2 windows at a time which enables multitasking. They can be snapped

In all, Windows 10 is pretty awesome and exciting. Most importantly, it acts as an excellent fix to the problems of Windows 8. In that sense, it is a lot of what we all expected. It goes a step further and delights us with a lot of useful features as well. Considering the fact that Windows won’t be launching a new version anytime in the near future, and that there will only be updates or iterations to Windows 10, I think this version is by far the best! 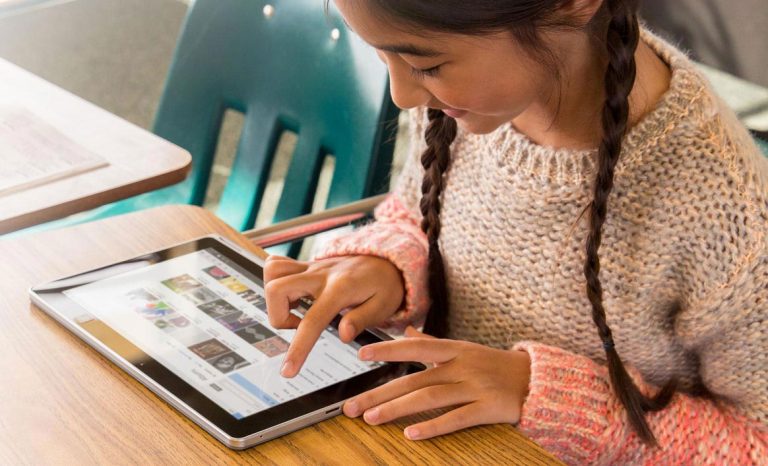 After months of speculation and hype Windows 10 is finally……