Why choose Material Design over Flat?

When Google announced its plan to start exploring the design field, the effort was very much appreciated and anticipated. Without a doubt, Google’s ‘Material design’ concept released in June 25, 2014 at the Google I/O conference is winning hearts. Material Design unifies Google’s expansive product range across various platforms and devices, under a consistent rich set of digital design styles and principles. These principles are backed with well-planned, solid guidelines that emphasize factors like, color, depth, weight, usability etc.

Is Flat design already on its way to become a passing fad?
When Google first released Jelly Bean, “flatness” was the trend- it said to get rid of whatever possible to make things plain, straight and flat. The design was simple and easy to use with more focus on functionalities, usability, speed of loading and actual working of the interface, compared to the skeuomorphic method which focused mainly on the looks of the interface.
As the name implies, it depicts something that is lying flat on a single surface without any 3-dimensional element in it to render a real world look, or an ability to interact. It was like a black board wiped clean.It removed all appearance styling stuff like gradients, texture, drop shadows and any decoration that imparted a 3 dimensional look for the design, and focused mainly on the interaction of simple icons, candid color schemes and typography. And for the same reason the design was found to be limiting in many cases, constraining us to simple shapes, colors, and icons. Its ubiquity made the sites look so generic, featureless and sometimes like a mid-2010 style if left without timely redesign. Another major drawback was that flat design failed to represent certain sites and apps systematically, which left users like you and me lost and strayed off the flow. It was short of complex visual cues which could actually guide confused users through the process. If you noticed, it was even difficult to distinguish between clickable buttons and static vector graphics because of the unavailability of raised edges and drop shadows. Flat made things extremely flat, that it became too much radical in getting away with all skeuomorphs, even those which were helpful to users. Overuse of the flat design concept began to give sites a monotonous look.

Material Design
Material design, on the other hand, is an evolution of flat design and is multidimensional, taking the 3rd Z axis (apart from the x and y axis) into consideration. Material design makes use of a bit of skeuomorphism and has an element of physics in it. It is based on physical/material objects taking into consideration its depth, edges, shadows, surfaces etc. This allows a more engaging user experience, perfect usability and is like the marriage of real and digital worlds. 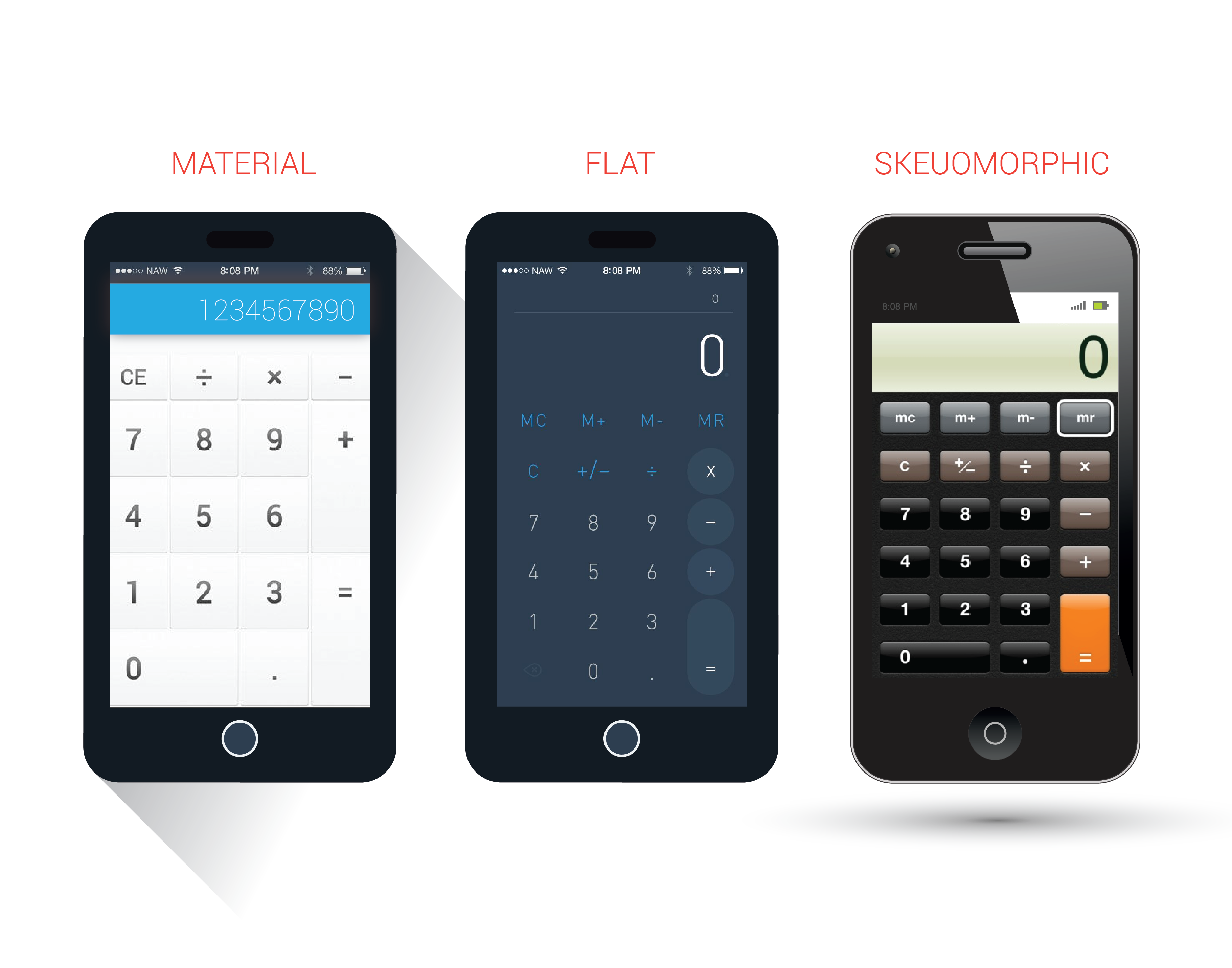 Why/Where should you choose Material over Flat?

Limitations of Material Design
The immense positive responses for material design have virtually erased the negative aspects of it. That doesn’t mean material design come without its limitations. There are a few things that might not please everyone, some are of the opinion that:

Both have so much in similar and there is no solid reasoning to choose one over the other. It all comes down to a matter of preference on the designer’s part to choose between a fancy website with colors and animations, and website that is too simple and easy to use. That being said, top designers from leading firms like IDEO, Obvious Corp., Khosla Ventures, Human and more, think that the Material Design is very cool, and most of the popular apps are already embracing the new design language fervently.
Material Design: A passing trend or here to stay?
Material Design has certain elements of fundamental design practices that are strong to stand the test of time, which is why I believe Material design is not just a trend, or being eye-candy. In earlier cases, the success of iOS and crack of Android was based on the UI and UX. But Google has finally come up with a design language that is a perfect response to popular design trends by Microsoft and Apple. It really seems practical from its current popularity and vast adoption, and also has immense adapting capability. Two years down the lane, it might not look the same, but you see, the concept promises a long reign. 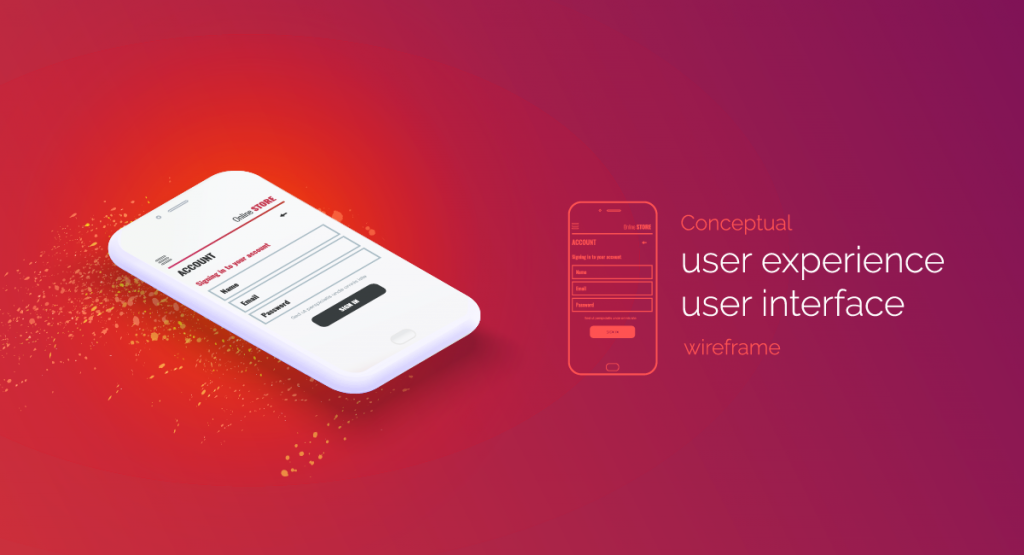 The Power of UX and UI in Delivering Successful Digital Assets

The success of mobile apps depends on three things: user……