25% of CEOs’ Time Is Spent on Tasks Machines Could Do

The one thing everyone, from the CEO to the office janitor have in common is 24 hours in a day. It is how one utilizes the time that makes all the difference. A janitor, a driver, a clerk, or many other employees have their fixed role assigned to them, and a significant chunk of their job responsibilities are routine in nature. A CEO ideally spend time applying his talents, insights, and discretion at the higher facets of the job, establishing paradigms, exploring new business models, engaging stakeholders, monitoring the entire gamut of company operations, dabbling with innovation to do new things and do things better, and more.

Unfortunately, the reality is most CEOs restrained by routine and mundane tasks for significant chunks of time, leaving them with too little time to the things that really matter. The CEO has invested time and effort in acquiring knowledge, expertise, and experience, and the company is best served by ensuring the CEO utilizes these skills to the most.

Today, technology has improved to the extent automation has taken over many aspects of lives, which would have taken considerable manual effort and time not too long ago. The most common manifestations of automation in enterprises have been in data collection, big data analytics, robotics in manufacturing and assembly plants, and more. The latest technological developments such as Artificial Intelligence, Augmented Reality, and more infuse cognitive capabilities to automation, expanding the scope of automation in a big way than before. According to HBR, about half of all activities employees now do in enterprises can potentially be automated, with the existing technology.

eliminated many low-end jobs, it has generated high-end jobs to compensate for it. For instance, Amazon’s drones eliminate the job of delivery agents, but generate new jobs in app development, big data analytics, AI and AR solutions, and more. As companies deploy automation, the focus shifts to the redeployment of the workforce, rather than massive unemployment, dispelling the fears in some quarters.

Likewise, there is big potential for change in the job profile of the CEO, who, in a sense is the embodiment of all functions taking place in the enterprise. About 25% of CEO’s time is currently spent on activities that machines could do.

The following are some of the CEO functions that machines could easily take over, even with the available technology.

Categorizing emails, approving bill payments, sending emails, and several other routine administrative tasks are an inevitable facet of life for any executive, and the CEO is not immune from it. If anything, the stakes are even higher with a CEO, considering the value of such tasks. An automated system, where an algorithm or a pre-set formula processes such tasks can eliminate or significantly reduce such burden, and improve accuracy as well.

Automation has made a lot of data entry jobs redundant. Typing data into a spreadsheet is no longer required when automa

ted systems capture data from source automatically. However, someone still has to go through the reports generated from such data. A sizable chunk of the CEO’s time is spent going through various reports from all departments of the enterprise, and do the needful. For instance, a CEO looks at the reports on market trends and custom preferences and makes a decision on whether to increase production on a particular product line. The CEO looks at the financial reports and makes investment decisions. The CEO looks at marketing and sales report and devise new strategies, or makes changes to the marketing budget.

Developing algorithm based systems automate the task and give the CEO information in a drill-down capsule model, saving considerable time. An algorithm does the job just as well, and more accurately, leaving the CEO to either approve or veto the automated decision based on any additional insight he or she may have.

A sizable chunk of the CEO’s time is consumed in meetings. Scheduling meetings are the headache of the CEO’s secretary, but an automated system that schedules meetings proactively and syncs the schedule makes the life of the CEO more organized as well. In fact, an automated reporting system, integrated with video conferencing ability could eliminate the need for many meetings altogether, or enable meetings at-will, again saving a considerable chunk of CEO’s time, and prevent work getting blocked up, waiting for the meeting to happen.

Very often, the CEO is the sounding board of the enterprise, interacting with the top external stakeholders, such as board members, major shareholders and investors, government authorities, and even major customers. Developing an open enterprise system, where such stakeholders get revenant messages automatically or can access the required information at will, can take a load off the CEOs work. Establish rapport with people that matter is an important arsenal up the CEOs sleeve, and the ability to establish and improve such rapport increase when the CEO is armed with a powerful tool that can provide information to such stakeholders seamlessly.

The CEO, as the leader of the enterprise, invariably has people management tasks high on the list of priorities. While there may be no substitute for face-to-face interactions, automation can ease the process considerably. Having automated systems in place for appraisals, a robust HRIS system that updates all HR information in real-time, and more makes a big difference, eliminating the routine that comes with the process, and allowing the CEO to focus his or her energy on the core task of motivating the employee.

While the CEO can delegate most of the task, many CEOs have tasks too important to delegate, or not possible to delegate. Such tasks include writing sales concepts, defining new product features, undertaking high profile marketing, and more. Having automated systems in place offering comprehensive, real-time information benefits the CEO greatly, just as it benefits any other employee.

At a personal level, automation is much more than a time saver for the CEO. By eliminating mundane yet inevitable chores, it removes dullness and enriches the quality of work. This has a positive effect on motivation, and work enrichment. Needing to do lesser routine tasks could also mean a better work-life balance. This last facet is very underestimated in today’s highly stressful world, where burnout rates are very high.

HBR estimates automation to raise productivity globally by 0.8%–1.4% every year. The stakes are even higher with CEO productivity. Automation can free the CEO from the trappings of the routine, allowing them to focus their energies on the “higher” things that really matter.

It requires highly intuitive systems that capture the required information and execute what is required. Automation of key tasks should also be accompanied by an efficient reporting and tracking system. The best way to execute such systems is by toe-up with a partner who is good on the technical front, whose has the cutting edge tools to deliver highly intuitive mobility solutions, and who is on top of the latest developments. The investment in such tools is well worth the potential value on offer. 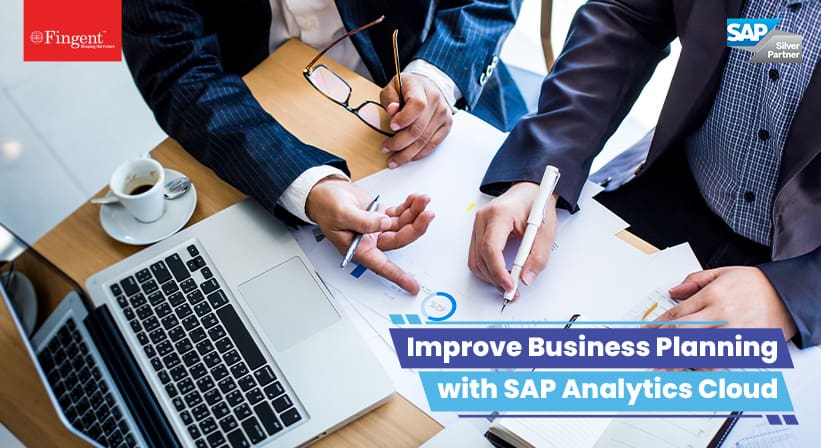 “By failing to prepare, you are preparing to fail.” –…… 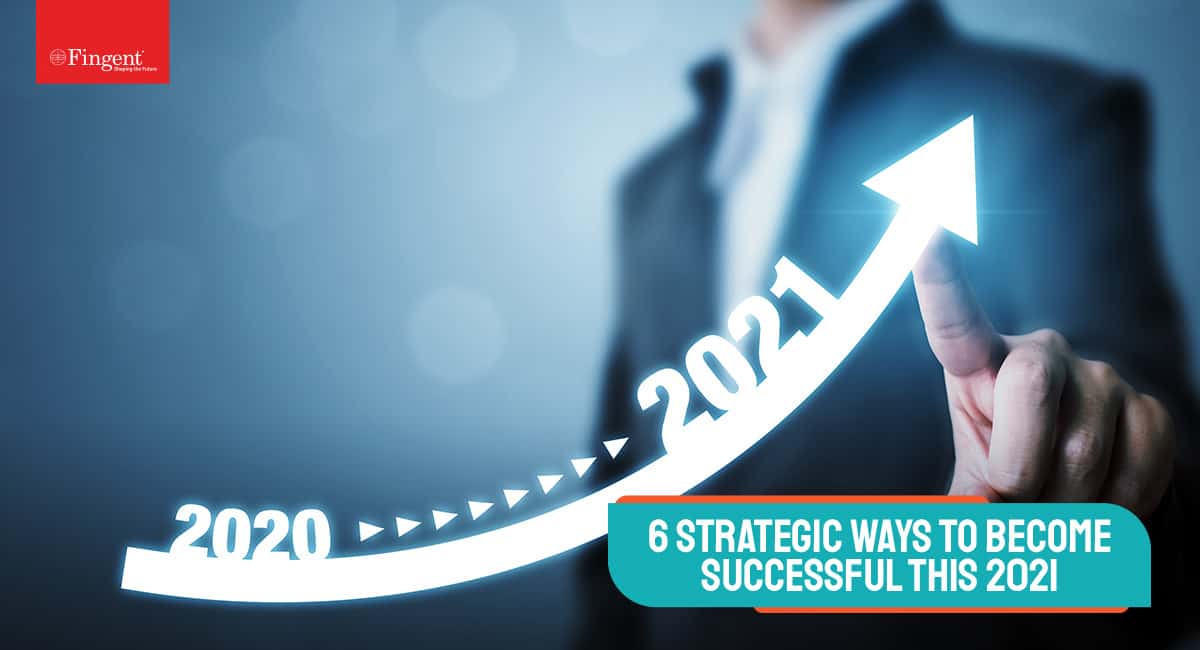 Ways To Accelerate Business Growth and Success in 2021

How Organizations Can Embrace Transformation and Expedite Their Growth in…… 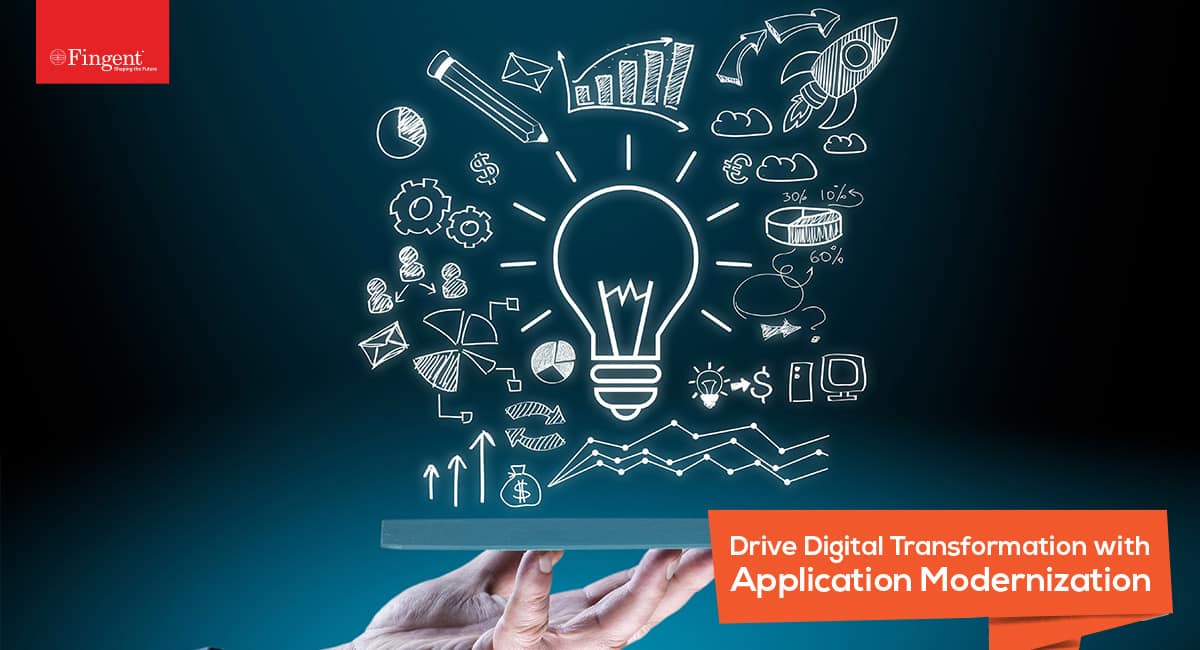 Reduce your operational costs and unnecessary investments with legacy modernization……