How to Ensure Safe Use of Open Source Libraries

The open source revolution is on. More and more enterprises are joining the open source bandwagon, to develop their internal and customer-facing apps. Free availability of source code, unbridled flexibility, gross reduction of app development time, resilience, and several other advantages prompt the move. But with great advantages come great risks as well.

The very nature of open source leaves the enterprise app development team with little control over the source and nature of their code. The odds are high that open source code may come with vulnerabilities, open for hackers to exploit.

Technological advances cut both ways. While technology may be used to beef up security, it also enables hackers to update their toolkits, and add any newly discovered vulnerability to their automated scanners. The odds of any application using flawed code being quickly found and exploited are generally high, more so when the open source library in question is a popular one. To make things worse, such hacker toolkits are freely available now.

So how do enterprise counter the hacker menace and ensure they can still reap the benefits of open source?

Be Very Careful of Downloads

With dozens of different open source libraries, tools, frameworks, and code snippets freely available over the Internet, there is a very good chance the variant chosen by the enterprise may have vulnerabilities. Even the hugely popular Ruby on Rails web application framework, with a very wide user community known for prompt updates, has been inflicted with several security vulnerabilities, placing 200,000-plus sites at risk of attacks that could lead to remote code execution. 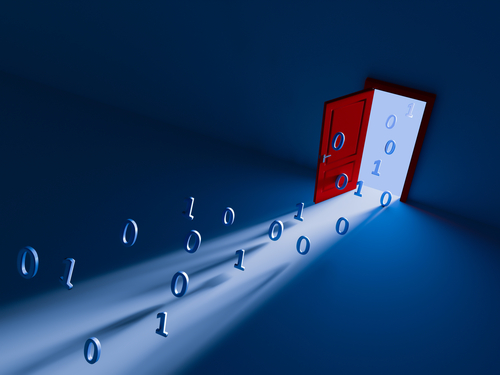 Opt only for versions of open source libraries maintained by established consortium, dedicated to the cause of enhancing and maintaining the software. Such consortium would have a stake in the code. They would almost certainly be supported by grants from generous sponsors, enabling them to issue prompt patch updates, when a vulnerability is discovered.

Enterprises, for their part, need a clear policy on the usage of open source, loaded with:

Prefer source code to binaries wherever possible. Most open source products are available either as source code or in package formats or binaries. Binaries offer a far greater level of risk, as there is no telling whether it has complied with the associated source code after all. The best practice is to download the source code directly, verify it against the provided MD5 checksums for integrity, and analyze the code for any latent vulnerabilities, before using it to develop apps.

A commercial closed sourced suite is developed through a structured and formal procedure, such as conducting a requirement analysis, defining the acceptance criteria, evaluating the product, comparing the product with competitive options, testing the functionality and security features, and more. Open source code may not necessarily undergo such kind of scrupulous evaluation or validation. There is no short cut but for the app development team to establish a method in the madness themselves.

Have a process in place to ensure adequate control, and to update all third-party code promptly.

Analyze the environment to identify possible threats. For instance, using popular open source libraries makes it that much convenient for attackers to identify vulnerabilities and launch attacks. However, at times, the biggest threat may not even be external, but malicious insiders. Understand the various ways in which the system could be attacked, and protect data accordingly.

Also, have a policy in place to govern code sources. Some teams may find they need to reduce the number of different code sources they use in order to manage them effectively. Within the framework of such policy and analysis:

Policies and safeguards can only safeguard to an extent, and require reinforcement through effective security tools.

Many open source projects do not issue patches, and rather just release a new version that fixes the problem.

The following are some of the tools worth considering:

The stakes of security breaches are high. The penalties, damaging lawsuits, and erosion of customer confidence can bring down the enterprise in itself. The most effective and risk-free approach towards adopting open-source is to partner with an experienced partner, like us. With us, you can leverage our considerable experience in not just developing cutting edge solutions using the most relevant open-source tools, but also take the most effective measures to ensure top-grade security.