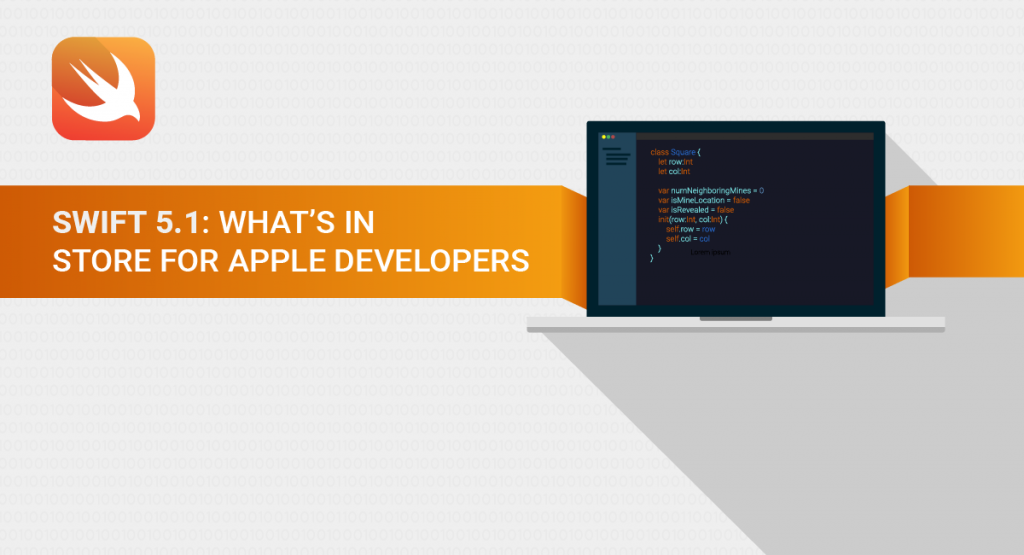 Swift 5.1: What’s Special with the New Features of Apple’s Xcode 11?

Swift 5.1 is Apple’s latest major release of its general-purpose, compiled programming language Swift. The new version offers greater stability along with several other improvements. If you have missed out on the new release features ever since Apple had announced the news on Swift.org, here is your best chance to take a look at the features that differentiate Swift 5.1 from its predecessors.

While Swift 5.0 was introduced with ABI stability that resolved Swift differences during runtime, Swift 5.1 comes with Module stability that reduces the differences during compile time. This means that future Swift releases can create and share binary frameworks. Additionally, critical language and standard library improvements along with Swift UI features are major changes.

Let us take a look into the details:

Module Format Stability can stabilize the module file to produce .swiftinterface, which is the compiler’s representation of the public interfaces in a framework. In a nutshell, with module format stability, a new text-based module interface file is defined and it describes the API of a binary framework.

The @propertyWrapper attribute has 4 major use cases such as constraining values, auditing property access, changing comparison semantics, and transforming values on property assignment.

2. Opaque Return Types – This type returns a value for a method, without essentially revealing the underlying type of value to the client that calls the API. This feature provides better encapsulation.

3. The return keyword is no more necessarily used for single expression functions as well as for getter functions.

4. Static subscripts and class subscripts are powerful features that can take arguments to change generic parameters to support many properties.

6. Self is made universal to be able to refer to containing type while being used inside classes, enums, and structs.

7. The Optionals of Swift are implemented as enums of 2 different cases – some and none.

8. Optional enums can now be matched against non-optionals – While Swift already had ways to handle switch-case pattern matching between the optionals and non-optionals in case of integers and strings, Swift 5.1 has extended the feature to enums as well.

The Language Server Protocol provides the reusability of language services. This feature is made possible across LSP-compliant editors and significantly reduces the effort that is required by the language team to make the language fully supported by various editors. This feature improves Swift’s usability which in turn improves the language adoption of the Apple ecosystem.

The SwiftSyntax update, for the libSyntax library, allows Swift tools to parse, generate, as well as transform the Swift source code. For instance, adding the SwiftPM dependency with a release tag does not require the Swift Compiler source and can be used in various scenarios. These scenarios include the following:

Being source compatible with Swift 5.0, Swift 5.1 also supports compatibility modes for Swift 4.2 as well as for Swift 4/4.1. Xcode 11 of Apple consists of a code migrator that can take care of the source changes. A migration guide is also available that can help you through the various changes.

The Swift Programming Language has an updated version of Swift 5.1 on Swift.org as well as available for download on the Apple Books Store.

Swift 5.1 is still under development and offers scope for more updates and changes in the coming days. Keeping in mind that the biggest feature was Module Stability, a beta of WWDC19 is still expected to come, the date of which cannot be decided at a fast pace.

To learn more about the recent advancements of Swift 5.1 and how the Swift team contributed to its massive development, stay tuned to our latest articles or drop us a call to get detailed guidance on the same.